How I missed the biggest floodwaters ever recorded in Mullumbimby.

I woke to the statics noise of the TV. A glance at my phone confirmed that it was still early in the evening, just after nine o’clock. The regular melody of the raindrops tapping against the skylight gave me the feeling that there was no better place than to be here, warm and safe. I lay next to the fireplace stretched my limbs like a cat and settled down in a better position.

I just wanted to nod off again when my inner voice demanded to go to bed. Okay, okay, okay. I dragged myself off the couch, rolled my neck, which had stiffened from the awkward position and strolled to the bedroom.

The moisture from the constant rain during the last two weeks had settled in every corner of the house. The characteristic musty odour reminded me of my years in India when not even a fan or air-conditioner could win the battle against the typical monsoon blues. Everything without exception had this unique smell which not only bore witness to torrential rains but also symbolised fresh water, clean streets, plenty of food and a reliever after an oppressive hot season. I welcomed this scent, even though it was rather unpleasant.

But right now here in my cosy home in Australia, I didn’t like it. As soon as I entered the bedroom, I switched the air-conditioner to dehumidifying, walked to the window and closed it.
After a long day, I dropped into my soft bed and pulled my favourite blanket to my nose. In the distance, I heard the branches of the big Camphor Laurel trees adjacent to the saltwater creek moved in the wind. The speed seemed to have slightly increased, but there was nothing to worry about.
The warmth spread rapidly through my body as I drifted off safely tucked away, sheltered from the harsh environment just outside my window.

Three minutes past seven, a slight shimmer illuminated my pillow. The sky was overcast, but the rain had stopped. I had slept like a baby. Several small pieces of debris were scattered on the lawn. I quickly got up, slipped into my house shoes a shuffled off to the kitchen to switch the coffee machine on.

I hung up. Why was he calling? Sure I’m coming. Otherwise, I would have called him.
After a scolding hot shower, followed by a scrumptious breakfast with freshly brewed coffee I was ready to drive to my massage therapist. On my way out I grabbed my car keys and handbag and left.

I started my car, manoeuvred backwards onto the street and noticed several, larger branches on the ground. I barely had turned the corner when I hit the break. A fallen tree and a lake of muddy water blocked the street.
‘What the …?’ 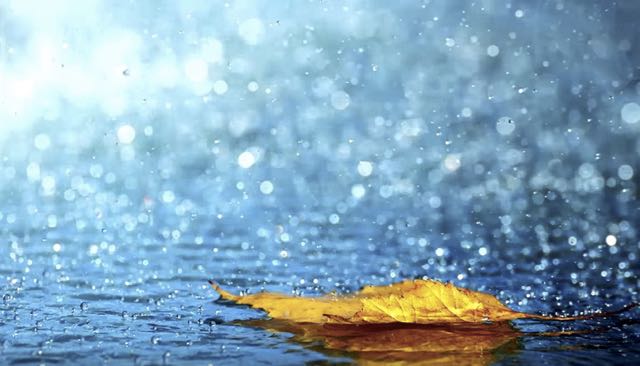 For a second or two I contemplated the most stupid thing, to drive through the floodwaters, but quickly dropped it and turned around. While passing through our little town, it dawned on me that this had been not a bit more rain but a much stronger downpour than I had thought.

As soon as I reached the long straight at the golf course, a line of cars blocked the road. They all waited for their turn to drive through the floodwaters, which gushed across the road. The strong current had torn off the top layer of the bitumen.

Shall I or shall I not? Choking from the stinking exhaust fumes coming from the big SUV in front of me, I barely could make out how deep this water was. With the naive thought that ‘Oh, the big bully in front of me will protect me against the worse’ I followed the car. But as soon as I had entered the waters I knew I had to stay calm. Don’t stop – keep going – don’t panic – drive with even speed. In an instant, the wisdom of all the years listening to the mind-boggling stories of floodwaters sprang on me.

An icy tingling washed over my body as I clutched the steering wheel to counterbalance the forces of the running water.  My throat tightened as deeper the water became. Suddenly out of nowhere, the water splashed in a gigantic arch against my side window and over my roof.

Windshield wipers on high-speed, I listened carefully to the slightest changes of the purring motor. Moisture ran down my temples as I counted the seconds in anticipation that the floodwaters would choke the engine to a standstill. Three more meters and the tyres regained traction on the dry bitumen on the other side.

And now? Would I be able to go back? Why did I have to persist in the first place? Too late.

Thoughts raced through my head. Should it start to rain even for a short while again, I would not be able to get back and had to knock on a stranger’s door. Well, any door would do, as long as I was out of the floods. But for now, I was safe. 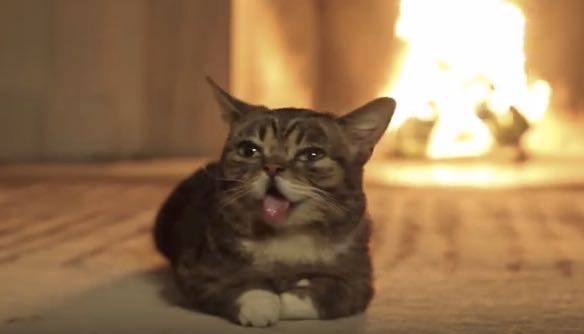 Without further challenges, I reached my therapist’s house. He clearly was puzzled that I had made it.

The next hour and a half of deep relaxation gave me a breather, followed by a less eventful return journey. But only when I arrived home I heard that the floods had damaged many of our friend’s houses. That it had been the biggest flood in the past hundred years and that during the night Mullumbimby had been cut off from the outside world. In the morning people had paddled with boats through town. Even our public swimming pool, which was just 200 meters away from our home, was now filled with muddy water, and no one had escaped the force of nature, but …

Believe it or not, the water had licked at our doorsteps in the front and back without crossing the crucial last centimetres, and that all while I slept in utter innocent like a sleeping beauty. Oblivious of the magnitude of the weather front I had pulled my blanket up to my nose and sailed through the night without a blink of an eye.
Thank you for sparing my family and me.

6 Comments on “The Sleeping Beauty”

I'm Carla Ashburn an adventurer,
a writer and passionate dancer.
As an author of Romantic Suspense
I love the thrill. What is the secret to
creating a story?

Check out my blog to get the latest news
and writing tips.